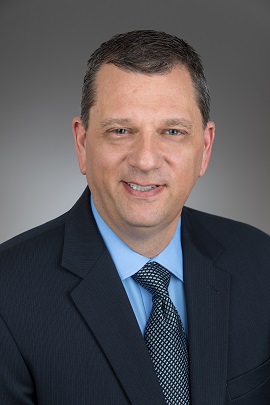 Greg Fayard is a partner at Freeman Mathis & Gary LLP and an accomplished trial attorney who represents financial service providers, healthcare providers, and other public and private entities. Mr. Fayard is the former President of the Placer County Bar Association and is a graduate of McGeorge School of Law.

Mr. Fayard will be presenting on the new California legal ethics rule that went into effect this past November. 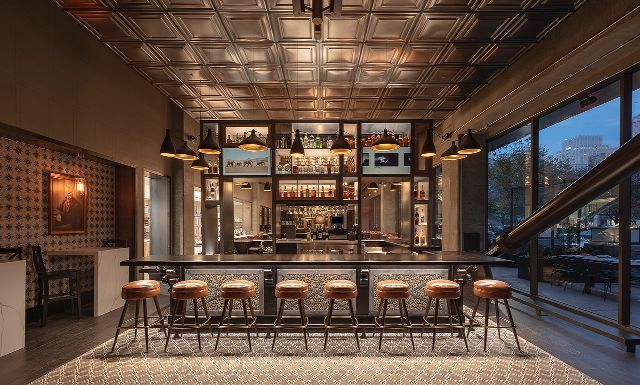 Join ABAS members and friends for our member mixer this Thursday, June 27, 2019, at Camden Spit & Larder from 5:30 P.M. to 7:30 P.M. No RSVP is required. For more information, email Brian Davalos at brian@carrillodavalos.com or Gino Barrica at gino.barrica.wma9@statefarm.com.

Please bring a school supply to donate at this event

ABAS is working with Starting Point, a local organization that has lifted the lives of over 1,500 refugee children and their families through educational and cultural programs since its inception in 2017, and is gathering needed school supplies for refugee children. On July 27, 2019, Starting Point will kick off the school year with its annual “Backpack Drive” and deliver backpacks and supplies to the community it serves. The recipient families have expressed their gratitude and appreciation for the program. Donation wish list includes:
May 30, 2019: Membership Mixer 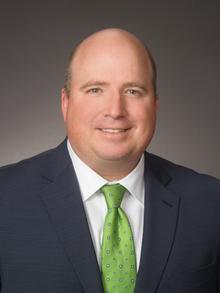 Alden Parker is the managing partner of Fisher Phillips’ Sacramento office and the co-chair of the Hospitality Industry Group. Alden represents employers in all facets of employment law matters and has significant experience defending employers in both state and federal court.

Alden will be presenting his perspective on oral depositions, both taking and defending, and the strategies and tactics that he has found successful in his 20+ year legal career.

*This activity pending for Minimum Continuing Legal Education credit by the State Bar of California in the amount of 1 unit of MCLE in the General Law Category Credit. The Sacramento County Bar Association provider #166 certifies that this activity conforms to the standards for approved education activities prescribed by the rules and regulations of the State Bar of California governing minimum continuing legal education. This event is for SCBA members and invited guests. The SCBA reserves the right to refuse admission to anyone whose presence is unreasonable disruptive or who detracts from the safety, welfare, and well-being of other patrons, staff, and the establishment itself. 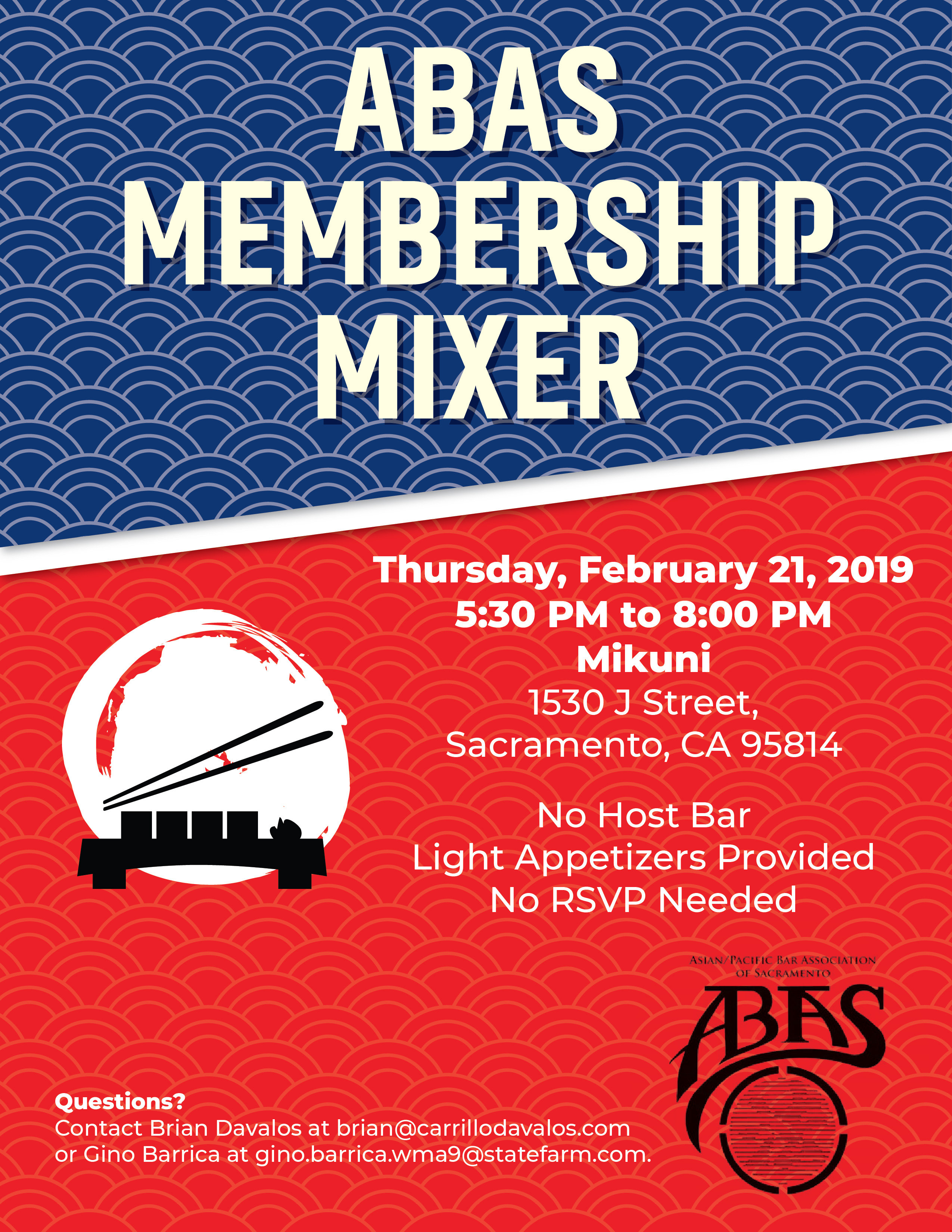 Judge Dana M. Sabraw was nominated to the United States District Court, Southern District of California, on May 1, 2003, by President George W. Bush.  He was unanimously confirmed by the United States Senate on September 25, 2003.  He previously served as a Superior Court judge for the County of San Diego from 1998 to 2003.

Judge Sabraw was born in the Bay Area, and raised in Sacramento, California.  He attended McGeorge School of Law at the University of the Pacific in Sacramento, where he graduated in 1985 in the top 10% of his class, and served on the Law Review.  After 10 years as a commercial litigator in private practice, in 1995, Judge Sabraw was appointed to San Diego’s North County Municipal Court.  He served as Presiding Judge of the Municipal Court until his elevation by Governor Pete Wilson to the Superior Court in November 1998.  While on the Superior Court, Judge Sabraw served as Criminal Supervising Judge, presided over felony jury trials, including capital cases, and served as an independent civil calendar judge, where he managed a calendar of over 700 cases from initial filing through trial including medical and legal malpractice, insurance coverage, torts, employment law, product liability, intellectual property, real property, eminent domain, contract, and consumer disputes.

Judge Sabraw has been active in a number of professional organizations.  He is a founding member and former president of two American Inns of Court in San Diego.  He has served as a member of the Board of Governors of the Association of Business Trial Lawyers, San Diego Chapter, and is a current member, and past board member, of the Pan Asian Lawyers of San Diego. Justice Scotland graduated with honors from the University of the Pacific, McGeorge School of Law, in 1974.  His judicial career included over 21 years on the Court of Appeal in Sacramento and almost two years as a Judge of the Superior Court of Sacramento County.  Before his appointment to the bench in 1987, he served as Cabinet Secretary to Governor Deukmejian, 1983-1987, California Deputy Attorney General, 1976-1983, and Sacramento County Deputy District Attorney, 1974-1976.  After retiring from the Court of Appeal in 2010, he reactivated his license to practice law and represented the President pro Tempore of the Senate and the Speaker of the Assembly in a successful lawsuit against the State Controller, regarding the constitutional requirements for passage of a balanced budget bill.  In 2012, he joined Nielsen Merksamer Parrinello Gross & Leoni as Of Counsel specializing in government law.  Over his career, Justice Scotland has received many awards in recognition of his contributions to the legal profession and his support of the community.  ABAS is honored to present Justice Scotland with the 2018 President’s Award.

To purchase tickets to the event, please visit this page.

Please email ABAS with any questions.

Thank you to our sponsors! ABAS’ Mentorship Committee is offering the unique opportunity to lunch with two dynamic Superior Court judges.  They will be sharing insights and perspectives on issues experienced by Asian American attorneys in the courtroom and best practices. Please see the flyer for more information and RSVP to Karen Kim b7 11/12/18.

Please join us for the last ABAS Happy Hour of the year! Please see the flyer for more information, and use the entry form if interested.

September 13, 2018: ABAS CLE Building Trust with Your Clients (and Others) (1 Hr Ethics Pending)

ABAS presents “Building Trust with Your Clients (and Others)” by Cami McClaren.  Cami, a practicing attorney for 16 years, coaches attorneys to create a more productive, balanced, and fulfilling business and career.  She has worked one-on-one with attorneys to improve communication skills, create more effective and positive relationship, and improve time management skills and productivity.  Cami will be speaking about how to improve communication skills and attorney-client trust to have better and more successful client relationships.

To register, please use this form or please contact Priscilla Parker.  See the flyer for more information.

The ABAS Community Service Committee needs your help on August 11, 2018.  Please join ABAS and the Sacramento Food Bank and Family Services in its joint efforts to fight hunger this summer.  All it takes is a few hours of your time to do your part in this important effort.

Please register by August 8, 2018 by using this form.  If you have any questions, please contact Michael Wang at mwang@wilneroreilly.com.

ABAS Law Foundation presents the narrative feature film SOLD adapted from the internationally acclaimed novel by Patricia McCormick. The film is based on a true story and illustrates the brutality of child trafficking. This acclaimed film (winner of three film festivals) tells the story of a 13-year old girl’s plight after being sold to a brothel. The International Labor Organization estimates over 20 million people are enslaved today. Approximately, 5.5 million of these slaves are children forced into sex and labor slavery. Currently, it is estimated that 1.8 million children are trafficked each year into sexual slavery. SOLD is directed by Academy and Emmy award winner, Jeffrey D. Brown, Executive Produced by two-time Academy Award winner, Emma Thompson.  The film aims to inspire a global movement to address the crime of child trafficking domestically and internationally.

Please see the flyer for more information and to RSVP for this free event. Come join ABAS for food, games, and fun at the park.

The event is free, but please RSVP here by Friday, July 20, 2018.  ABAS will also be collecting household items for My Sister’s House.  Please see the flyer for more information about the event.

The ABAS Mentorship Committee will be conducting mock interviews on Wednesday, April 11 from 6-8 at the Law Offices of Seyfarth, Shaw LLP at 400 Capitol Mall, Suite 2350.  Please contact abassacramento@gmail.com for additional information.

Ushered in by the Medical Cannabis Regulation and Safety Act of 2015 and Proposition 64 in 2016, California will soon become both the largest legal cannabis market in the world and the most regulated.  Maximizing one’s return on investment will demand strict compliance with complicated legal issues ranging from income tax and sales and use tax to banking and licensing.  Please join ABAS for a unique and informative discussion of these issues with seasoned practitioner, Mike Parnes!